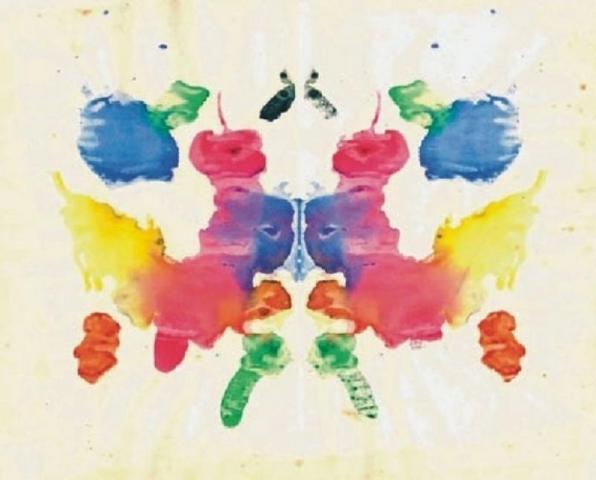 The Rorschach test is a psychological test in which subjects\' perceptions of inkblots are recorded and then analyzed using psychological interpretation, complex algorithms, or both. Some psychologists use this test to examine a person\'s personality characteristics and emotional functioning. It has been employed to detect underlying thought disorder, especially in cases where patients are reluctant to describe their thinking processes openly. The test is named after its creator, Swiss psychologist Hermann Rorschach.

In the 1960s, the Rorschach was the most widely used projective test. In a national survey in the U.S., the Rorschach was ranked eighth among psychological tests used in outpatient mental health facilities. It is the second most widely used test by members of the Society for Personality Assessment, and it is requested by psychiatrists in 25% of forensic assessment cases, usually in a battery of tests that often include the MMPI-2 and the MCMI-III. In surveys, the use of Rorschach ranges from a low of 20% by correctional psychologists to a high of 80% by clinical psychologists engaged in assessment services, and 80% of psychology graduate programs surveyed teach it.

Although the Exner Scoring System (developed since the 1960s) claims to have addressed and often refuted many criticisms of the original testing system with an extensive body of research, some researchers continue to raise questions. The areas of dispute include the objectivity of testers, inter-rater reliability, the verifiability and general validity of the test, bias of the test\'s pathology scales towards greater numbers of responses, the limited number of psychological conditions which it accurately diagnoses, the inability to replicate the test\'s norms, its use in court-ordered evaluations, and the proliferation of the ten inkblot images, potentially invalidating the test for those who have been exposed to them.