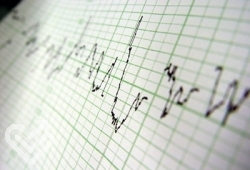 Long QT syndrome (LQTS) is a heart rhythm disorder that can potentially cause fast, chaotic heartbeats.

The rapid heartbeats, caused by changes in the part of your heart that causes it to beat, may lead to fainting. In some cases, your heart\'s rhythm may beat so erratically that it can cause sudden death.

Long QT syndrome is treatable. You may need to limit your physical activity, avoid certain medications that can cause the condition or take medications to prevent a chaotic heart rhythm (arrhythmia).

Some people with long QT syndrome also need an implantable device to control the heart\'s rhythm and to prevent against sudden death.

Long Q-T syndrome (LQTS) is an infrequent, hereditary disorder of the heart\'s electrical rhythm that can occur in otherwise healthy people. It usually affects children or young adults.

When the heart contracts, it emits an electrical signal. This signal can be recorded on an electrocardiogram (ECG) and produces a characteristic waveform.

The different parts of this waveform are designated by letters — P, Q, R, S and T. The Q-T interval represents the time for electrical activation and inactivation of the ventricles, the lower chambers of the heart. A doctor can measure the time it takes for the Q-T interval to occur (in fractions of a second), and can tell if it occurs in a normal amount of time. If it takes longer than normal, it\'s called a prolonged Q-T interval.

People with LQTS may not have any symptoms. People who do have symptoms often exhibit fainting (syncope) and abnormal rate and/or rhythm of the heartbeat (arrhythmia). People with this syndrome may show prolongation of the Q-T interval during physical exercise, intense emotion (such as fright, anger or pain) or when startled by a noise.

Some arrhythmias are potentially fatal, causing sudden death. In one type of inherited LQTS, the person may also become deaf.

Studies of otherwise healthy people with LQTS indicate that they had at least one episode of fainting by the age of 10. The majority also had a family member with a long Q-T interval.