Letrozole versus Clomiphene for Infertility in the Polycystic Ovary Syndrome

The polycystic ovary syndrome, which is diagnosed on the basis of hyperandrogenism, oligo-ovulation with associated oligomenorrhea, and polycystic ovaries on ultrasonography, affects 5 to 10% of reproductive-age women and is the most common cause of anovulatory infertility. Although the syndrome is a complex reproductive–metabolic disorder, the hypothalamic–pituitary axis has been the target of first-line ovulation-induction therapy. Clomiphene citrate, a selective estrogen-receptor modulator that antagonizes the negative feedback of estrogen at the hypothalamus with a consequent increase in ovarian stimulation by endogenous gonadotropin, has been used for this indication for decades.

Clomiphene has drawbacks, including its overall poor efficacy (only a 22% rate of live birth with up to six cycles of clomiphene in our previous study), a relatively high multiple-pregnancy rate (3 to 8%) as compared with the rate associated with unassisted conception (<1%), and an undesirable side-effect profile, including mood changes and hot flushes. Failure either to ovulate (clomiphene resistance), which occurred in 25% of the patients in the clomiphene group in our prior study, or to conceive with ovulation (clomiphene failure) often results in the use of more expensive treatment options for infertility that may be associated with higher multiple-pregnancy rates and an increased risk of the ovarian hyperstimulation syndrome.

The development of effective, simple, and safe treatments for infertility is an important public health goal Metformin improves insulin action and anovulation. In our previous trial, however, treatment with metformin alone or in combination with clomiphene was not superior to clomiphene alone.Other trials have confirmed that finding Aromatase inhibitors, which block estrogen synthesis, directly affect hypothalamic–pituitary–ovarian function and theoretically might increase pregnancy rates. Potential advantages of aromatase inhibitors over selective estrogen-receptor modulators include a more physiologic hormonal stimulation of the endometrium, a lower multiple-pregnancy rate through single-follicle recruitment, a better side-effect profile with fewer vasomotor and mood symptoms, and more rapid clearance, thus reducing the chances of periconceptional exposure.However, potential fetal teratogenicity remains a concern with letrozole. We designed a double-blind, multicenter, randomized trial to test the hypothesis that letrozole would be superior to clomiphene as an infertility treatment and would have a similar safety profile.

We previously reported the trial rationale and a detailed protocol summary, as well as study methods and the full baseline characteristics of the study participants. The protocol  was designed by the steering committee of the Eunice Kennedy Shriver National Institute of Child Health and Human Development (NICHD) Reproductive Medicine Network and was approved before study initiation by both a National Institutes of Health–appointed advisory board and a data and safety monitoring board; the latter board subsequently oversaw the study. We obtained a certificate of confidentiality and established a data and specimen repository. Letrozole was used under an Investigational New Drug application (number 101,671) to the Food and Drug Administration (FDA). The institutional review board at each center approved the protocol, and all participants (women and their male partners) gave written informed consent. Enrollment began in February 2009 and was completed in January 2012. All data entry, data management, and analyses were coordinated or performed at the Collaborative Center for Statistics in Science at Yale University, the data coordinating center for this study. All drafts of the manuscript were written by the first and last authors with input from all the authors. The steering committee of the Reproductive Medicine Network vouches for the accuracy and completeness of the data. All the authors vouch for the fidelity of the study to the protocol.

A total of 750 infertile women 18 to 40 years of age with the polycystic ovary syndrome who had no major medical disorders and who were not taking confounding medications (primarily sex steroids, other infertility drugs, and insulin sensitizers, as described in the study protocol), their male partners, and their neonates participated in the study. We used modified Rotterdam criteria to diagnose the polycystic ovary syndrome. Accordingly, all participating women had ovulatory dysfunction combined with hyperandrogenism (on the basis of hirsutism or an elevated testosterone level), polycystic ovaries (defined by an increased number of small antral follicles [≥12 follicles that were <10 mm in diameter] or an increased individual ovarian volume [>10 cm3] in ≥1 ovary), or both. Other disorders that mimic the polycystic ovary syndrome, including thyroid disease and prolactin excess, were ruled out.

Additional eligibility criteria were at least one patent fallopian tube and a normal uterine cavity, as determined by sonohysterography (on the basis of the presence of free fluid in the pelvis), hysterosalpingography, a combined hysteroscopy and laparoscopy, or evidence of an intrauterine pregnancy within the previous 3 years; a male partner with a sperm concentration of at least 14 million per milliliter, with documented motility according to World Health Organization cutoff points, in at least one ejaculate during the previous year; and a commitment on the part of the women and their partners to have regular intercourse during the study with the intent of pregnancy. 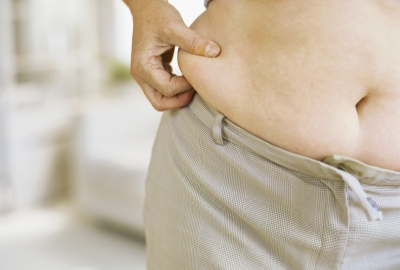 The research team also identified BMI as an independent risk factor for fibromyalgia.   The study's findings appear in the May issue of Arthritis Ca…
Read More 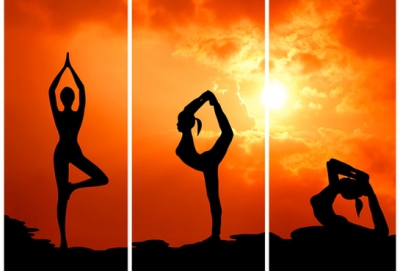 In a small study of healthy people with no psychiatric problems, yoga produced greater improvements in mood than walking, suggesting its beneficial ef…
Read More 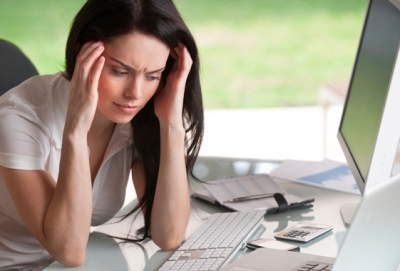 A new study suggests that when it comes to risky situations in the workplace, women are more likely to experience higher levels of anxiety than men, w…
Read More

The research team also identified BMI as an independent risk factor for fibromyalgia.   The study's findings appear in the May issue of Arthritis Ca…
Read More

In a small study of healthy people with no psychiatric problems, yoga produced greater improvements in mood than walking, suggesting its beneficial ef…
Read More

A new study suggests that when it comes to risky situations in the workplace, women are more likely to experience higher levels of anxiety than men, w…
Read More