Monogamy May Have Evolved to Prevent Infanticide 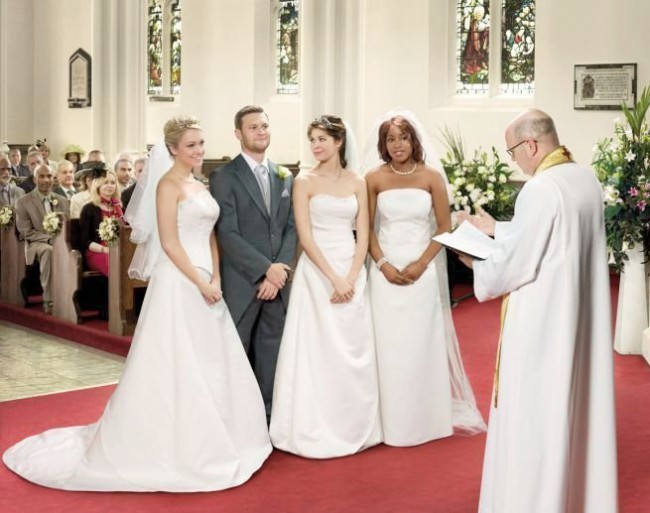 “Sometimes I wonder if men and women really suit each other,” Katharine Hepburn once said. “Perhaps they should live next door and just visit now and then.” Despite the famed actress’s remarks, human males and females do have a strong tendency to live together in monogamous pairs, albeit for highly varied periods of time and degrees of fidelity. Just how such behavior arose has been the topic of much debate among researchers. A new study comes to a startling conclusion: Among primates, including perhaps humans, monogamy evolved because it protected infants from being killed by rival males.

Living in pairs, what researchers call social monogamy, has repeatedly evolved among animals, although in widely varying proportions among different groups. Thus, about 90% of bird species are socially monogamous, probably because incubating eggs and feeding hatchlings is a full-time job that requires both parents. But in mammals, females carry the babies inside their bodies and are solely responsible for providing milk to young infants—and only about 5% of species are socially monogamous. That leaves most mammalian males free to run around and impregnate other females. Primates, however, seem to be a special case: About 27% of primate species are socially monogamous; and recent studies by Christopher Opie, an anthropologist at University College London, and his colleagues have concluded that social monogamy arose relatively late in primate evolution, only about 16 million years ago. (The earliest primates date back to about 55 million years.)

But why did social monogamy arise at all among mammals, including primates, given the many reproductive advantages to males having access to as many females as possible? Scientists have proposed three major hypotheses: Monogamy provides more effective parental care for infants, as in birds; it prevents females from mating with rival males, especially in species where females are widely spaced and cannot all be easily monopolized by one male; or it protects against the risk of infanticide, which is very high among some primate species, including chimpanzees and gorillas, and is often explained by the desire of a rival male to quickly return a mother to a fertile state so that he can sire his own offspring. Some researchers think that a combination of all three factors, and perhaps still others, provide the best explanation for monogamy.

Resolving this debate is important, researchers say, especially for understanding the evolution of human mating behavior. Although humans aren’t completely monogamous, “the emergence of pair-bonding in humans was a major evolutionary transition, which dramatically altered the evolutionary trajectory of our species,” says Sergey Gavrilets, an evolutionary biologist at the University of Tennessee, Knoxville. Many researchers think that we could not have evolved our large brains without joint parental care during the extended period of helplessness required for infant brains to grow to their full size. “Understanding the forces that drove that transition can help us better understand the causes of human uniqueness,” Gavrilets adds.