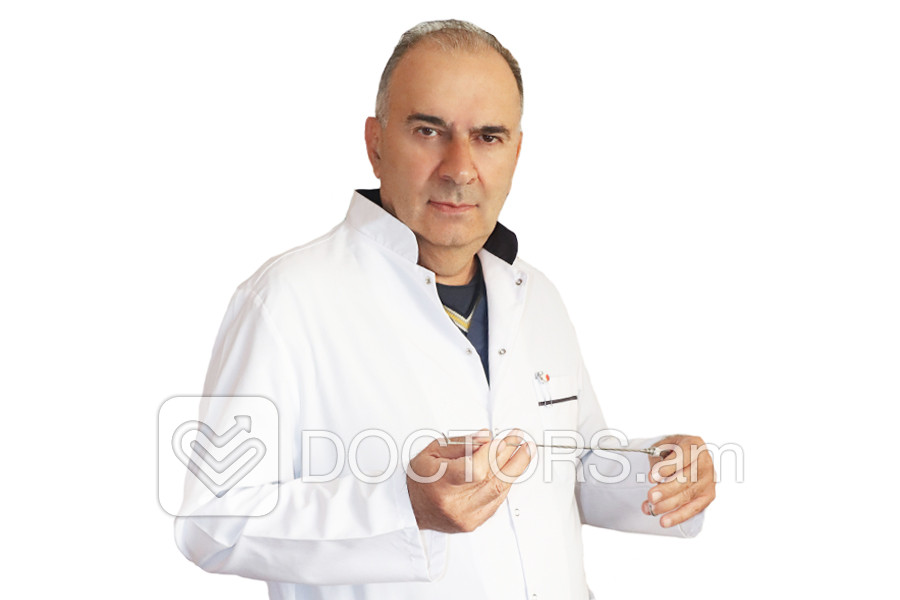 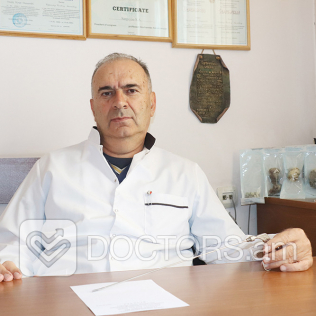 He worked as a surgeon in Akhtala Municipal Hospital, Tumanyan region, then in Alaverdi RH. For two months he worked in Tbilisi Central Military Hospital, he took part in rendering medical aid to the wounded in Afghan war
He taught in Yerevan First State Medical College N1
He worked in EMH N2 first as a surgeon on duty, then as a senior surgeon
He actively took part in rendering medical aid to the victims of the earthquake and also carried out a lot of surgical operations in Yerevan and Artsakh
He is appointed the head of laparoscopic surgery service in “Surb Grigor Lusavorich” SMC, he carries out open and laparoscopic complicated reconstructive operations of abdominal cavity particularly of stomach, pancreas, gallbladder and biliary tract, hernia, etc.
NIH MH RA, Department of Surgery, Chest Surgery and Anesthesiology, associate professor

He defended the thesis on “Comparative Estimation of Various Methods’ Effectiveness of Nutritional Support at Operated Patients according to Indications of Transcappilary Exchange” for a degree of a candidate of Medical Sciences.
He is the author of 25 scientific works