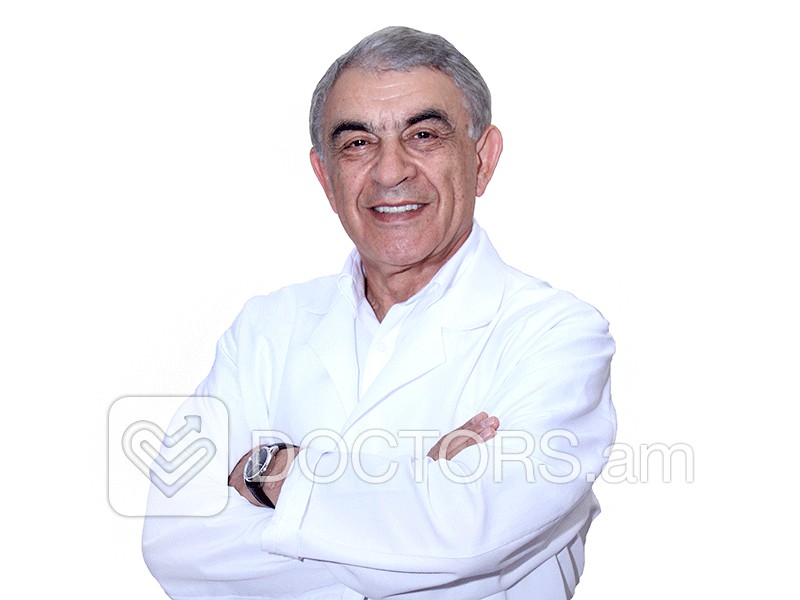 he studied in YSMI, pediatric faculty

he is a member of WHO working group of children and teenagers
he was awarded with “Gold Medal” and honourable letter of YSMU after M.Heratsi in connection with its 70 th anniversary
was awarded with Yerevan mayoralty letter for diligent work and granting of specialized service in the sphere of public health
he was awarded with “Officier de l’Ordre National Du Meritre” medal for the development of professional cooperation and “Armenian – French” Relation by France president Zh. Shirak
Passed training courses for the leading children’s surgical clinics in Moscow and Leningrad 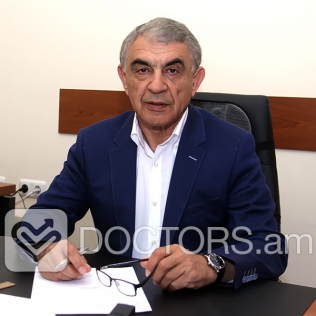 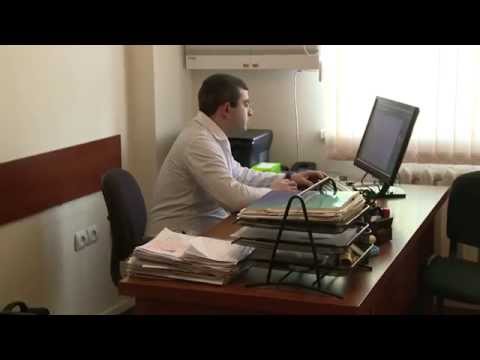 worked as medical assistant in urological cabinet of the VII polyclinics
worked as children’s clinical hospital in Yerevan. The same year he passed by competition on the post of an assistant of children’s surgery chair of YSMI
was appointed the head of urological department in the IIIrd children’s clinical hospital in Yerevan
worked as the senior lecturer in the chair of children’s surgery of YSMI
actively rescued children injured during the earthquake that promoted introduction of children’s hemodialysis service in Armenia.
opened the new specialized center of uronephrology and children’s surgery
was the minister of health of RA
he founded “Arabkir- Institute of children and teenagers health” MC
At present he is the main expert on health protection of children and teenagers in HM of RA
he was a member of constant commission of WHO European regional committee
he is the head of the first chair of pediatrics and children surgery of YSMU