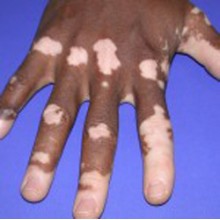 Addison's disease is an endocrine or hormonal disorder that occurs in all age groups and afflicts men and women equally. The disease is characterized by weight loss, muscle weakness, fatigue, low blood pressure, and sometimes darkening of the skin in both exposed and nonexposed parts of the body.

Addison's disease occurs when the adrenal glands do not produce enough of the hormone cortisol and, in some cases, the hormone aldosterone. The disease is also called adrenal insufficiency, or hypocortisolism.

The condition is generally diagnosed with blood tests, medical imaging and additional investigations. Treatment involves replacement of the hormones (oral hydrocortisone and fludrocortisone). If the disease is caused by an underlying problem, it may be possible to address that. Regular follow-up and monitoring for other health problems is necessary.

The symptoms of Addison's disease develop insidiously, and it may take some time to be recognized. The most common symptoms are fatigue, dizziness, muscle weakness, weight loss, difficulty in standing up, vomiting, anxiety, diarrhea, headache, sweating, changes in mood and personality, and joint and muscle pains. Some have marked cravings for salt or salty foods due to the urinary losses of sodium. Adrenal insufficiency is manifested in the skin primarily by hyperpigmentation.

The negative feedback loop for glucocorticoids. Because primary hypocortisolism is manifested as a deficiency in glucocorticoid release from the adrenal cortex, increased ACTH will be released by the pituitary in order to trigger release of the absent glucocorticoid; it is because of this overstimulation of ACTH that bronzing of the skin occurs. In secondary or tertiary hypocortisolism, there is a deficiency of either CRH or ACTH release by the hypothalamus or pituitary gland, respectively.

Low blood pressure that falls further when standing (orthostatic hypotension) Most people with primary Addison's have darkening (hyperpigmentation) of the skin, including areas not exposed to the sun; characteristic sites are skin creases (e.g. of the hands), nipples, and the inside of the cheek (buccal mucosa), also old scars may darken. This occurs because melanocyte-stimulating hormone (MSH) shares the same precursor molecule as adrenocorticotropic hormone (ACTH); an increase in ACTH production also increases MSH.

"Addisonian crisis" or "adrenal crisis" is a constellation of symptoms that indicate severe adrenal insufficiency. This may be the result of either previously undiagnosed Addison's disease, a disease process suddenly affecting adrenal function (such as adrenal hemorrhage), or an intercurrent problem (e.g. infection, trauma) in the setting of known Addison's disease.

Maintenance
Treatment for Addison's disease involves replacing the missing cortisol, sometimes in the form of hydrocortisone tablets, or prednisone tablets in a dosing regimen that mimics the physiological concentrations of cortisol. Alternatively one quarter as much prednisolone may be used for equal glucocorticoid effect as hydrocortisone. Treatment must usually be continued for life. In addition, many patients require fludrocortisone as replacement for the missing aldosterone. Caution must be exercised when the person with Addison's disease becomes unwell with infection, has surgery or other trauma, or becomes pregnant. In such instances, their replacement glucocorticoids, whether in the form of hydrocortisone, prednisone, prednisolone, or other equivalent, often need to be increased. Inability to take oral medication may prompt hospital attendance to receive steroids intravenously. People with Addison's are often advised to carry information on them (e.g. in the form of a MedicAlert bracelet) for the attention of emergency medical services personnel who might need to attend to their needs.

Crisis
Standard therapy involves intravenous injections of glucocorticoids and large volumes of intravenous saline solution with dextrose (glucose), a type of sugar. This treatment usually brings rapid improvement. When the patient can take fluids and medications by mouth, the amount of glucocorticoids is decreased until a maintenance dose is reached. If aldosterone is deficient, maintenance therapy also includes oral doses of fludrocortisone acetate.